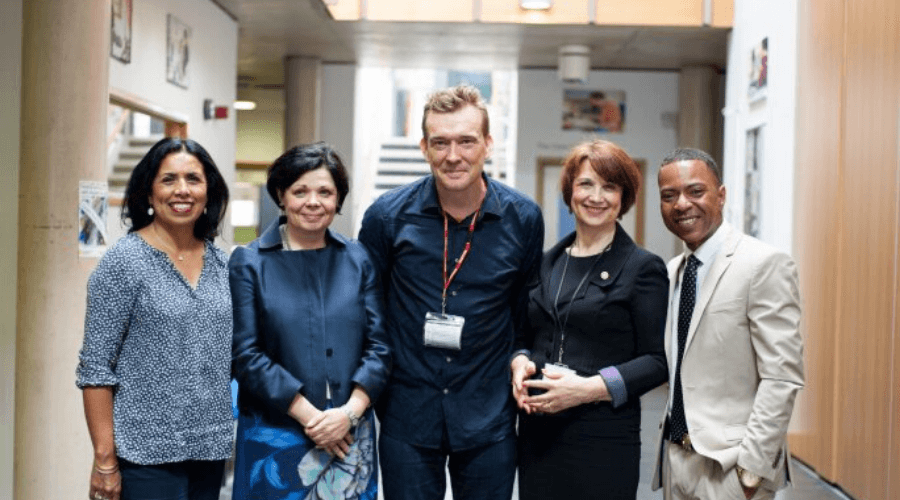 TreeHouse School warmly welcomed bestselling author David Mitchell on Wednesday 12 July to celebrate the publication of his book 'Fall Down 7 Times Get Up 8: A Young Man's Voice from the Silence of Autism.'

David Mitchell’s son was three years old when he received a diagnosis of autism. Shortly after the diagnosis, his wife ordered a book online called The Reason I Jump. It was written by a 13-year-old boy from Japan called Naoki Higashida. Naoki, like many of the pupils at TreeHouse School, is non-verbal, but he can, with intense effort, write via an alphabet grid.

The book proved to be invaluable and David published a translation in 2013. The book topped bestseller charts on both sides of the Atlantic, selling well into six figures and was translated into 35 languages. His new book Fall Down 7 Times Get Up 8 offers an insight into autism from the perspective of a young adult. It contains practical help for those wanting to learn more about autism, and is rooted in Naoki’s resilience, equanimity and humour.

David Mitchell, who described TreeHouse School as a 'slice of utopia', said:

“My visit to Pears National Centre for Autism Education made a deep, positive and – I am sure – a lasting impression on me.  As a parent to son with autism, it is heartening almost beyond words to see the brilliant work the charity Ambitious about Autism is doing to make education possible for children and young people with autism.  In my view, every large town in the UK and Ireland should have a school similar to Ambitious about Autism’s pioneering TreeHouse School.  Just as important in the big picture is AAA’s work on influencing policy and awareness-raising activities.  As an AAA ambassador, I look forward to supporting the charity’s vital work in future.”

We were also delighted to welcome John-Paul Horsley, a founding member of hip-hop collective Big Brovaz. His son Richard-Michael is autistic and communicates using signs and symbols. You can watch a short film about his son here. 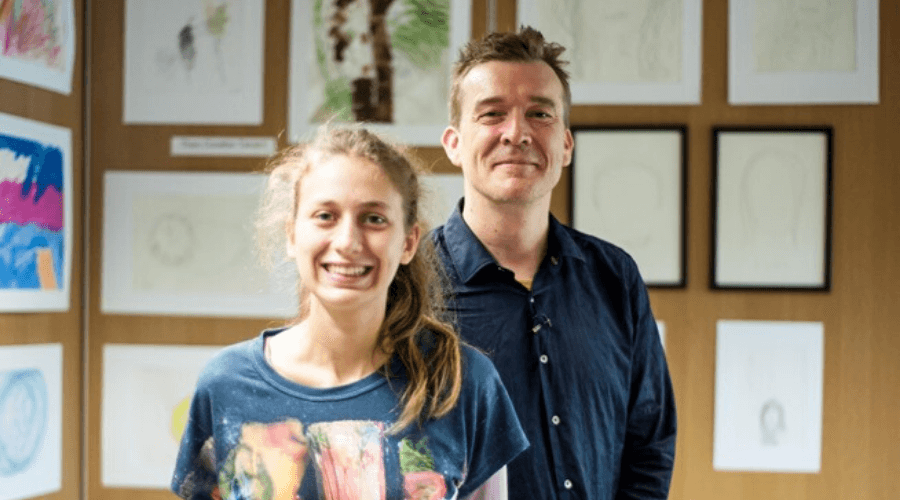 ITV News were there to interview David, John-Paul, TreeHouse pupils Cece and Sotiris and Youth Patron Jasmine Bigden. Cece spoke proudly of the artwork she had produced for the 'Voices without Words' exhibition currently displayed at TreeHouse School. Sotiris excitedly described how much he loved his school and teachers. 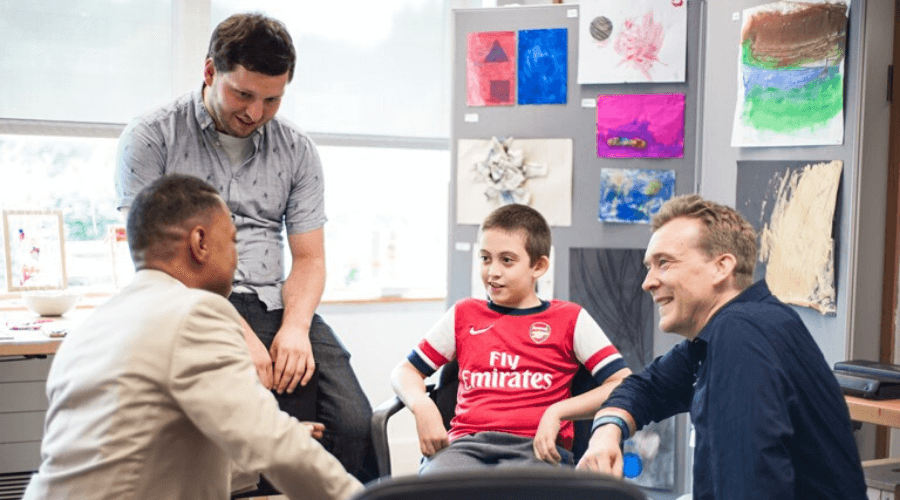 Jasmine did a fantastic job of interviewing David Mitchell, as they engaged in a riveting conversation about the book, about autism, and how to create a more autism-friendly world. You can hear the full conversation in our very first podcast, launching early next week.

We have two signed copies of 'Fall Down 7 Times Get Up 8' available to win, head to our social media pages for more information.