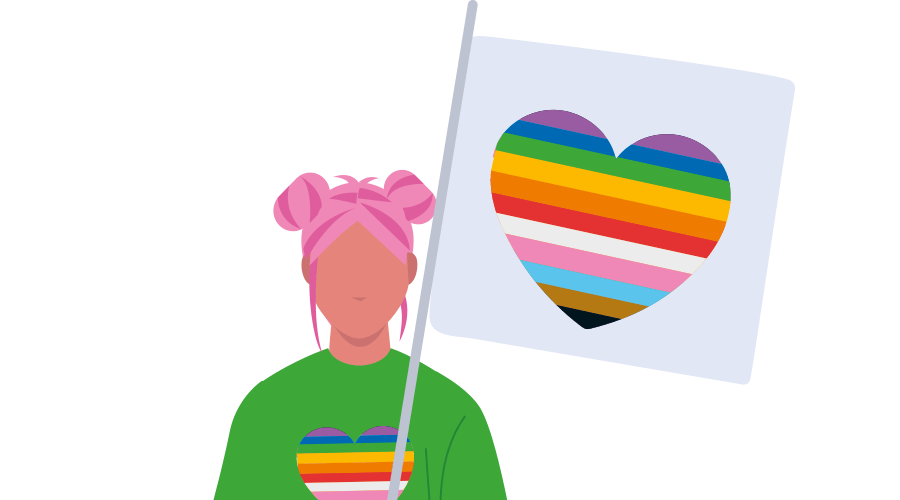 People who identify as the same gender they were assigned at birth (cisgender) and are attracted to people of the opposite gender (heterosexual) are considered traditional in society.

The LGBTQ+ community are people who identify under the umbrella term LGBTQ+.

These terms are used to describe someone’s sexual orientation or gender identity.

You can learn more about these terms and what they mean in our LGBTQ+ glossary or our visual stories.

Lots of people identify as LGBTQ+ around the world, including many autistic people. It is nothing be ashamed of and it should be celebrated. Being LGBTQ+ is not a phase and is not something people will grow out of.

If you identify as LGBTQ+, you may feel worried about what people think of you, especially if you haven’t told anyone. But most people will support you and will want you to be happy.

“Coming out is never easy, but it was even more challenging because of the fact I already struggled with communication and reading emotions. There are an awful lot of social nuances required as part of coming out and communicating who you really are to the wider world.”

If you openly identify as LGBTQ+, you may feel happy and confident. This is because you are being your true and authentic self.

“Struggling socially can impact how accepted you feel or how you see your own identity. When you’re autistic it can be hard to seek out LGBTQ+ spaces that are accessible to you, because they are often busy places.”

If you are LGBTQ+, it’s important to look after your health and wellbeing to help you think positively about who you are and your identity.