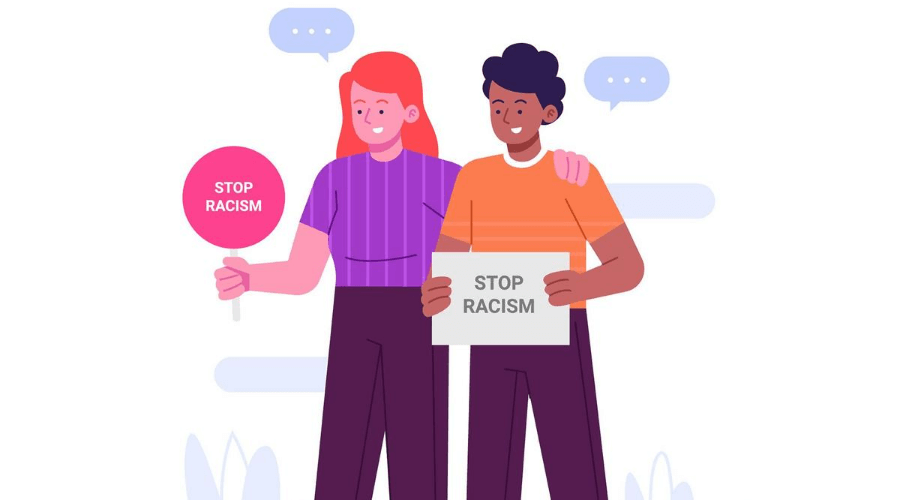 Most people agree that ending racism is an important step to a fairer and safer society for everyone.

People express their views on ending racism in two different ways, either passively or actively. Doing this is also known as being non-racist and being anti-racist.

Being non-racist, means you don’t believe, act or behave in a racist way. For example, you don’t say offensive comments that are racist.

Being anti-racist, is actively fighting against racism. For example, challenging people, events or systems that you think are racist.

For people who actively try to end racism, being anti-racist is very important.

There are lots of ways to be anti-racist and challenge people, events or systems that disadvantage people because of their skin colour.

If you have privileges, like white privilege, that others do not, you can use these privileges to support anti-racism. This can also be called, being an ally.

To be anti-racist, there are lots of proactive things you can do: