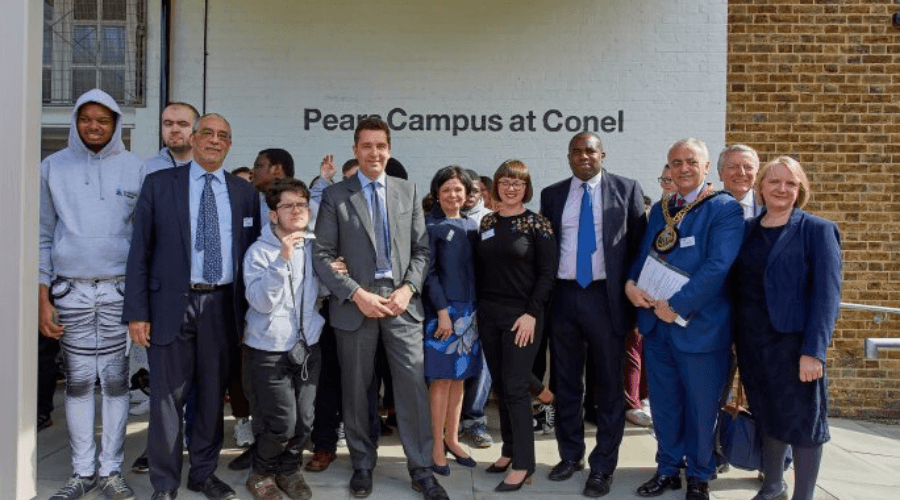 The new Pears Campus, co-located with the College of Haringey, Enfield and North East London (CONEL), opened its doors to learners in September 2016 and has already received an award for its impact on the local community. Partnership working and co-location with the mainstream college provides learners with the opportunity to access vocational learning and social opportunities alongside their peers. Learners benefit from a dedicated and specialist team of teaching and health professionals.

The college is the first special college in London dedicated to providing further education to young people with complex autism and Ambitious about Autism hopes this new and pioneering model of provision will set the blueprint for future developments in this field.

The official opening was attended by the Minister Edward Timpson MP, local MP David Lammy, Catherine West MP and the Deputy Mayor of London, Joanne McCartney, who is responsible for education. It was also attended by Trevor Pears from the Pears Foundation, the lead partners of Ambitious College, and other generous supporters including the Wolfson Foundation, all of whom have supported the charity’s £4.4million Ambitious Futures Appeal.

Minister of State for Vulnerable Children and Families, Edward Timpson MP, said in his opening speech:

“It is a real pleasure to come and open Ambitious College today and meet the young learners, their parents and staff. The college is doing amazing work in terms of providing learners with the vital support they need to access learning and employment opportunities as well as preparing them for adulthood.

“Ambitious about Autism should be congratulated for leading the way in providing this type of education provision for young people with autism in London. I hope that there are many more colleges like Ambitious College in the coming years. It is crucial that every young student with autism has the same opportunities as their peers so they can become active members of their communities.”

“The opening of Ambitious College is a very exciting chapter in our history and I would like to thank the Minister for coming along today and sharing this very important day with us.”

“We are also extremely grateful to our lead partners the Pears Foundation and our other generous supporters in helping us to make Ambitious College a reality.”

For further information about Ambitious College or to access a prospectus, please go to www.ambitiouscollege.org.uk.