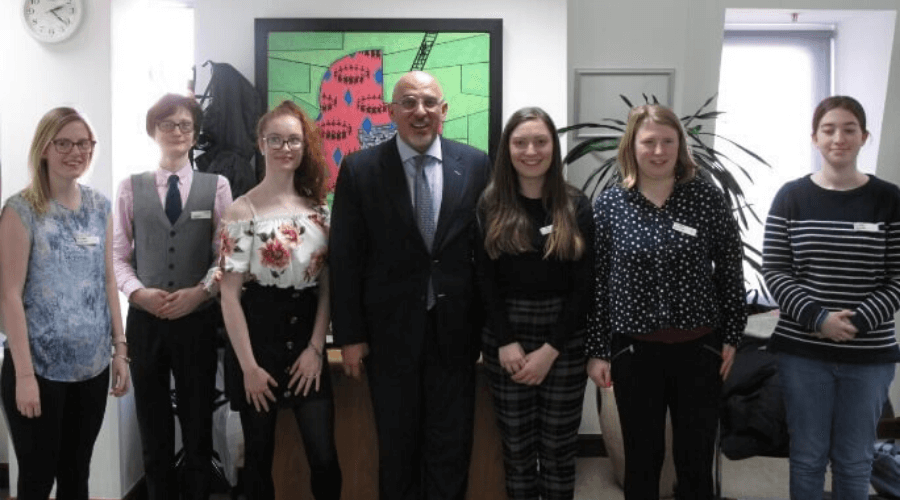 The Youth Council wrote to Mr Zahawi following a debate they hosted in London last year during which they shared their personal experiences of school and highlighted wider problems preventing many autistic young people from accessing a full education.

Ambitious about Autism’s Youth Council is a group of 15 young people aged 14 to 25 from across England who steer the charity’s campaigning work and consult with a range of organisations to improve services for autistic young people.

Youth Council members explained some of the issues affecting many of their peers at school – such as bullying and loneliness, the impact of multiple school exclusions and how a lack of understanding of autism and delayed support can damage potential.

Research carried out by Ambitious about Autism last year found that formal exclusions of autistic pupils have increased by 60% in England in five years.

The charity has put forward several recommendations to the Government’s independent review into school exclusions to tackle these problems, including:

Youth Council member Kieran, said: "I truly felt like the Minister was onboard with what we were telling him and that this will be a good step in improving the current quality of education autistic children and young people receive and stop the discrimination, of which I had to endure a great deal myself."

Fellow Youth Council member Bella, added: “He told us that he is aware of the major issues in the education system and that he wants to change that. I felt it was a huge step in the right direction.”